Jeep will definitely replace its Compass and Patriot SUVs, but we are not so sure how will be named their successor. However, Jeep CEO Mike Manley told that they work on the one vehicle that replaces these two, so as far as we know, the future crossover could be named the 2017 Jeep Compass. 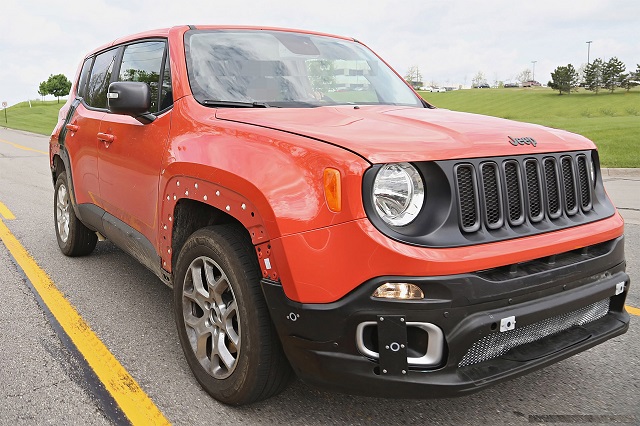 2017 Jeep Compass Will Get Wrangler’s Design and Features

In any case, the 2017 Jeep Compass or whatever called SUV will be positioned between the Cherokee and Renegade. Jeep’s subcompact Renegade will borrow the new SUV its current platform, so called Small US Wide 4×4 architecture, which will be stretched and revamped, but still, these two won’t share the design. The all-new crossover will rather go back in history and make the Compass’ replacement more rugged and body-on-frame. In addition, the carmaker may add several details from the next Wrangler, so the 2017 Compass might come with amazing and very interesting design. The whole idea of the carmaker is to create one more handsome and reliable SUV. Thus except of the all-new exterior, the manufacturer will work on a better interior styling, which is announced to have more tech, better upholstery and cozy seats.

Jeep’s new boxy crossover will offer several engines, but the best options will be a new turbocharged 2.0-liter unit will be paired the six-speed manual and ZF nine-speed automatic transmissions, but the front-wheel-drive should be standard, while the all-wheel-drive comes as an option. The other markets will get the 2017 Jeep Compass replacement with couple of other engines, so you could expect a 1.4-liter MultiAir Turbo four-cylinder and a 2.4-liter Tigershark.

The actual release date of the 2017 Jeep Compass is unknown at the moment, but the rumors say that the vehicle comes early next year, and the expected price is around $23,000.