There is one fantastic SUV in the works, and will be introduced very soon. It’s an updated Dodge Durango model, which is gonna arrive sometime next year. However, this is not a story about the regular but the high-performance model, so called 2018 Dodge Durango Hellcat. 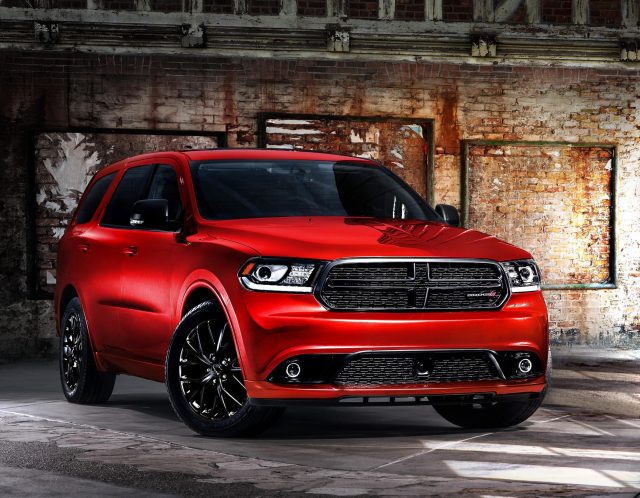 The prototype is recently spied, so we have a pretty good idea what to expect from it. The exterior look hides some really interesting details like the more aggressive front fascia, which is largely inspired by the Charger SRT. Up at the front the powerful SUV sports quite large bumper with specific air intakes, which are already spied at the testing prototype of the future Jeep Grand Cherokee Trackhawk. As for the rest of the body, the 2018 Durango Hellcat seems just the same like the regular model, except it will get redesigned exhaust pipe setup in the rear section.

The SUV Gets Really Powerful Engine

The most important part of the vehicle is hidden under the hood. It’s an amazing 6.4-liter HEMI V8 engine, which would be matted to an eight-speed automatic transmission. Still, there is one different story that says the 2018 Dodge Durango Hellcat could easily get a 6.2-liter Hellcat V8 mill. This fantastic unit delivers an astonishing power of 707 horsepower and 650 lb-ft of torque. Although it would be fantastic to pump out all it can, the engine will be de-tuned for sure.

Some other rumors lead us to one another possibility. Allegedly, the car manufacturer has no plan to introduce this kind vehicle. They are working on the Jeep Grand Cherokee Hellcat, so the Hellact-powered Durango may be too much. Instead, the carmaker could make warm up the SUV segment with the 2018 Dodge Durango SRT, which would be equally interesting vehicle as the aforementioned model.