It’s just as we announced a few months earlier. GMC’s Yukon SUV has received a minor update. However, we were pretty sure that the car manufacturer plans to update all trims starting from the base up to the topping, but instead, they introduced just the refreshed 2018 GMC Yukon Denali. The outstanding SUV hasn’t received cosmetic changes only, but also new transmission. 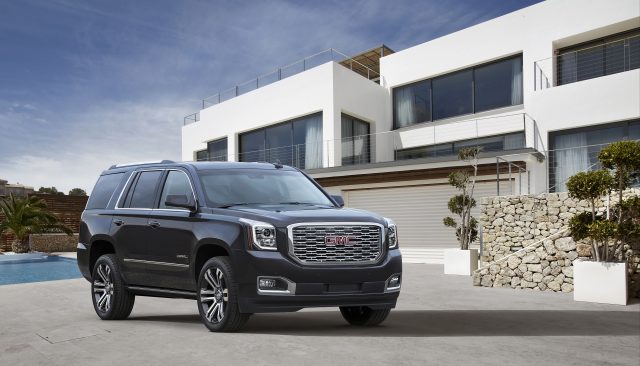 Yes, from now on you will be able to buy the 2018 Yukon Denali mated to the 6.2L V-8 and 10-speed automatic transmission. The engine itself won’t get any additional improvements, so you can expect a standard output of 420 horsepower and 460 lb-ft of torque. However, the new 10-speed gearbox features wider gear ratio from the current eight-speed transmission, and thus the crossover gets better a bit fuel economy. When we say “a bit”, we actually meant from 1 to 2 mpg combined. In case you think that the transmission change can’t boost the efficiency of the big SUV that much, we can say that you would be right in most cases, but not now. This is because the car manufacturer did some other upgrades as well.

The 2018 GMC Yukon Denali now features a redesigned grille, which isn’t just a new styling detail, but also an additional boost of SUV’s fuel economy. Aside it looks better the redesigned chrome grille provides enhanced airflow to the radiator and sports active aero shutters. The active shutters are closed when the vehicle reaches the highway, which optimizes efficiency and reduces drag. 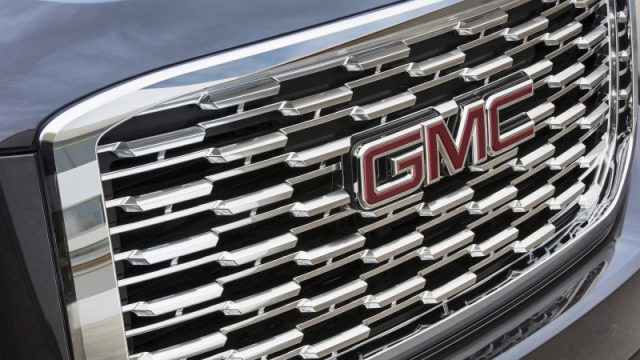 The range-topping Yukon offers an impressive cabin as well. There is a Mastique Ash real wood trim, and a number of useful features like an 8-inch infotainment system with navigation and Apple CarPlay, and Android Auto compatibility, as well as 4G LTE Wi-Fi hotspot and head-up display. Wireless phone charging, hands-free power liftgate are standard too.Of course, both front and rear seats get heating and ventilating options.

The updated 2018 GMC Yukon Denali will go on sale this fall, so the carmaker should release pricing information very soon.