Infiniti previewed valuable information by the recently introduced Qs Inspiration electric sedan. As it’s going to be sold in China only, the seductive electric car may not look that important at first glance. However, taking into account that automaker introduced its future architecture for most of the fleet, the importance of the sporty sedan becomes manifold higher. Aside it has electricity in mind the architecture will also switch all models to a rear-biased all-wheel-drive setup. The new, still unnamed platform will reportedly make debut with the second generation Infiniti QX60. Judging by our source, the completely redesigned mid-size crossover SUV will be introduced before the end of next year as the 2021 MY model.

First of all, it’s important to say that the all-electric QX60 isn’t going to get any familiar powertrain that the Japanese company currently owns. Instead, the brand develops an all-new system that reportedly uses a twin-motor layout. Logically, each of the electric motors will spin one axle, and the total output should be a little north of 300 horsepower. Infiniti will provide two battery setups for its future EV. The entry-point model should use a 60-kWh unit, while the topper is going to get an 85-kWh lithium-ion setup for an electric drive-range of almost 300 miles. The batteries will be stored into the floor, which means that the redesigned SUV isn’t going to lose any room inside. Moreover, the successor will most definitely grab another two or three inches in length, so there will be even more available room than earlier.

The non-electric model will get a totally different drivetrain from the one that the current crossover uses. While today’s mid-size SUV sports a 295-hp 3.5-liter V6 option, the 2021 Infiniti QX60 is going to get a more powerful, twin-turbocharged 3.0-liter V6 mill. The engine delivers 300 horsepower and 295 lb-ft of grunt in its base form, but there’s also the high-performance version which pumps out 400 ponies and 350 pound-feet of torque. This one will also be available when the second generation QX60 arrives. The crossover will forget its current front-wheel drive. Instead, it’s going to rely on AWD only. On the other hand, today’s CVT will stay the standard option. 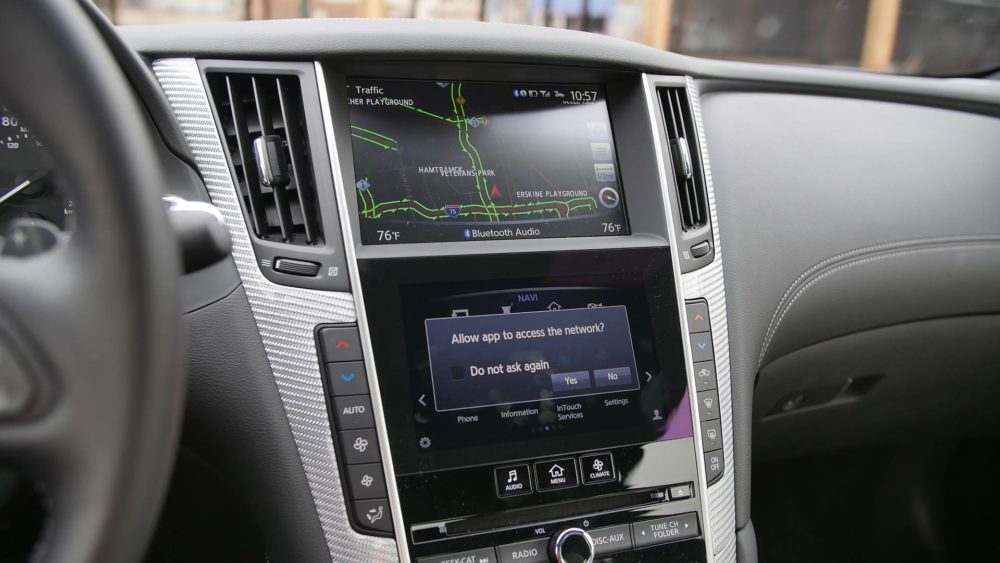 Aside it’s going to be compatible with the automaker’s latest technology the new platform will cut some weights from the SUV. The new Infiniti QX60 will also get an enlarged footprint, yet lowered rooflines, so it should look more powerful as well. The cabin will definitely host a new dashboard with the carmaker’s entirely new infotainment. This new multimedia will reportedly be more responsive and coupled with a larger touchscreen display. Nissan’s premium brand will definitely give an advantage to a dual-screen setup, so there might be no analog part whatsoever.