There is just a week left until the official debut of the all-new Infiniti QX50 at the 2017 Los Angeles Auto Show, but we know pretty much everything about the awesome crossover already. The newest sets of spy shots don’t hide much, letting us see what’s really important. Plus, we know what’s going to motivate the 2019 Infiniti QX50. The only thing we haven’t seen so far is the interior, but we know it’s going to be amazing like always. 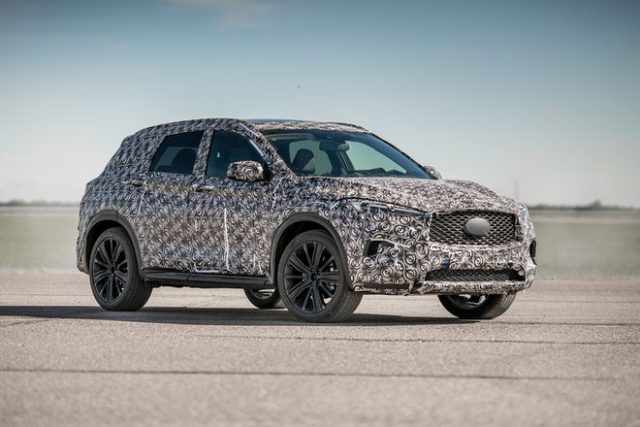 The redesigned exterior is featuring almost everything we saw last January when they’ve introduced the concept version. Moreover, we can’t really hind what’s different. The new design language combines muscular footprint of the SUV with flowing lines, creating an attractive shape. The production-ready model sports the same proportions as the concept. By getting 181 inches in length and 110 inches between wheels, the crossover promises to have plenty of room inside.

Even though we haven’t managed to see what’s inside, we are sure it’s going to be made from the finest materials. After all, this is Nissan’s luxury department, so the premium materials are included in the price. Of course, some real wood and metal accents will be inevitable overhear, while we also expect the latest tech achievements, including a large infotainment display. 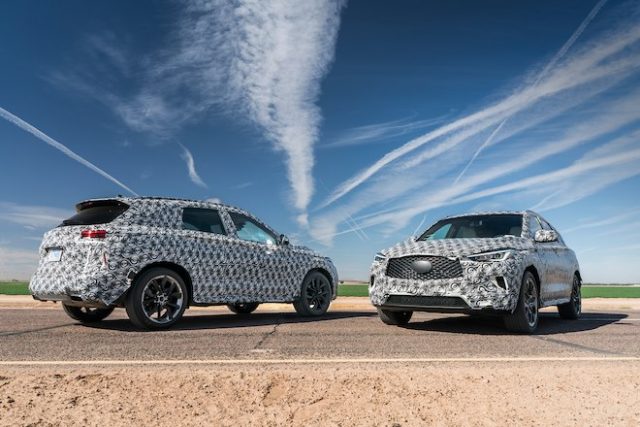 The new generation Infiniti QX50 will significantly outmatch the predecessor. In place of today’s 2.0-liter turbocharged inline-4 that’s limited to 208 hp and 258 lb-ft, the all-new VC-Turbo 2.0-liter turbocharged inline-4 is going to pump out 268 horsepower and 288 pound-feet of torque. As you see, the mill is as mighty as most of the six-cylinder option, while the fuel economy numbers should stay in the four-cylinder backyard. Nissan managed to achieve this thanks to Multi-Link Variable Compression Ratio system – the technology which is simply amazing. Although we thought it’s going to be otherwise, the 2019 Infiniti QX50 kept the CVT gearbox. The main reason for this move is better fuel economy.

Even though it’s going to look amazing and will feature a respectable powertrain, the new-generation QX50 is not going to have an easy job. On the contrary, the competition is stronger than ever, because it includes names such as Mercedes-Benz GLC, BMW X3, Acura RDX, Audi Q5, Jaguar F-Pace, Land Rover Discovery Sport, Lexus NX, and Volvo XC60.

Stay tuned to get a full coverage from the Los Angeles Auto Show.