According to the newest reports, Mercedes’ AMG department is getting one more interesting model. After the introducing of the amazing GLC43 variant, the car manufacturer seems to be testing the all-new crossover SUV, which appears to be  the already announced 2018 Mercedes-AMG GLC63. 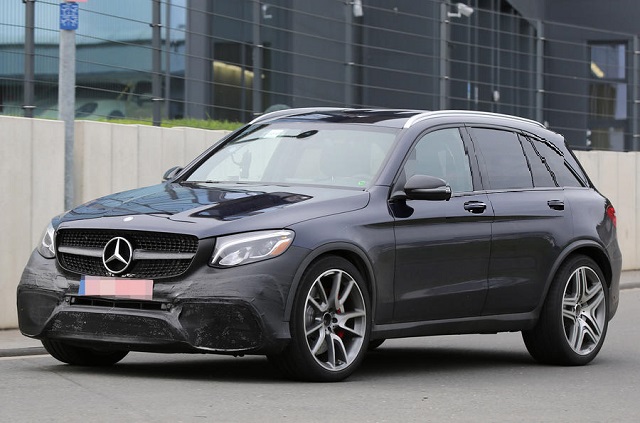 Judging by the spy photos we got, the 2018 Mercedes-AMG GLC63 is still in early testing phase, but since there is no too much job to do, the manufacturer could easily introduce it before the end of this year. The prototype reveals certain particulars on the exterior. There is a completely new bumper that provides more effective front end, as well as a little bit different wheel arches, which will likely feature a wider track. In addition, the rear end would also get a new bumper styling, while we are also expecting AMG’s distinctive square-shaped exhaust pipes. All-together, compared to the AMG GLC43, the 2018 Mercedes-AMG GLC63 will sport pretty subtle design changes, but really more attractive look. Inside, these two should not have too many differences. Of course, the small SUV will adopt plenty of equipment, sport seats and stitching all around the cabin. 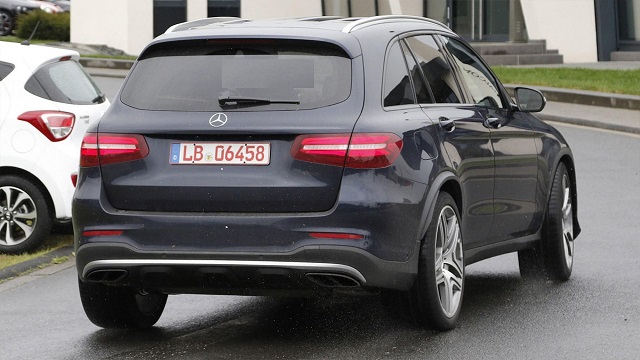 The most important part of the 2018 Mercedes-AMG GLC63 will be the powertrain without any doubt. Under the hood, the prototype hides the powerful and simply amazing twin-turbocharged 4.0-liter V-8 engine. The base unit will deliver 476 horsepower, but the GLC63 S version getting a boosted version with 510 horses. Both models will have the standard all-wheel drive and 7-speed auto transmission.

Like we said, the 2018 Mercedes-AMG GLC63 might make its debut this year, and the upcoming 2016 Paris Motor Show seems like a right place for appearing. As for the US premiere, the small SUV could appear at this year Los Angeles auto show in November.