This is not the first time we’ve spotted a testing model of Buick’s pint-sized Encore crossover, but it’s definitely the very first prototype that gives away the future design. According to our sources, the 2020 Buick Encore will be introduced late this year, so we can expect a number of testing models by then. 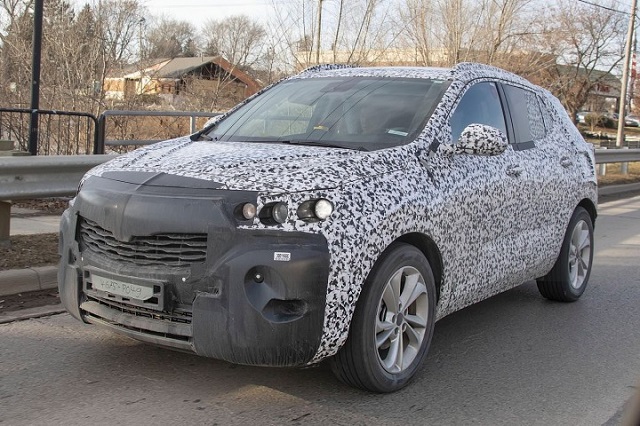 This one, however, reveals a completely new exterior styling, yet not as substantial growth in size as we were expecting. Instead of a generously larger footprint, the next-generation will add just a few inches here and there.

Styling-wise, the 2020 Buick Encore appears to feature a more aggressive front end. There are a new mesh grille and totally new headlights. Around back, the prototype looks to feature less bulky hatch and a pair of redesigned taillights, which feature round elements. While the profile of the car mirrors the current model, the side mirrors are definitely positioned higher than earlier. Of course, the new-gen model will feature new alloy wheels when it arrives, as well as some additional exterior color options. 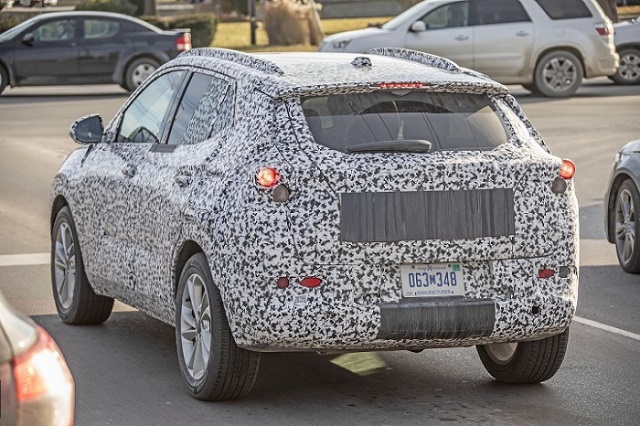 Since it rides on a new platform and features additional inches the redesigned crossover will most probably get additional space inside of the cabin. Also, the automaker will couple the SUV with new connectivity options and electronic driver aids, as well as with a new infotainment system that’s compatible with Apple CarPlay and Android Auto. 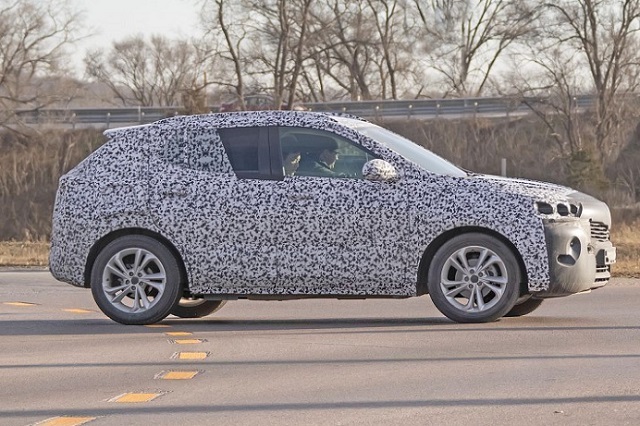 It’s quite clear that the 2020 Encore is going to ride on a new platform, but we still don’t know which one is going to be. On the other hand, the subcompact crossover will keep its 1.4-liter turbocharged inline-4 for sure. The mill, however, is not going to be paired with today’s 6-speed auto transmission. Instead, Buick’s small SUV will use a smoother 9-speed automatic gearbox. In addition to the 1.4-liter unit, the automaker will offer one more four-cylinder for sure.