Even though Porsche scheduled official debut of the new-generation Cayenne for August 29th, the images of the upcoming SUV leaked today. If we can say, the luxurious mid-size crossover looks good, but nothing above that, because the redesigned vehicle suffered just an evolutionary redesign, which didn’t bring anything exciting here. 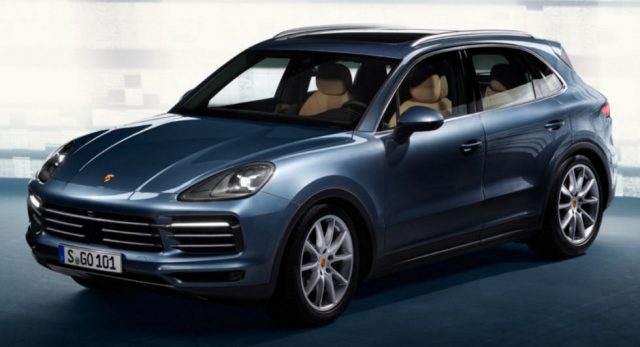 The German car manufacturer did just what we expected. They tried to turn the 2018 Porsche Cayenne into the large more attractive Macan, but it did not go as they hoped it would be. At least we think so. Don’t get us wrong, the new Cayenne looks better than most of its rivals, but it somehow too conservative for Porsche. The most striking detail is a new grille, which makes the whole front end wider. Around back, the car manufacturer added new LED taillights, which seem to be borrowed from the Macan as well. Still, that’s a fine detail.

The new cabin looks highly luxurious, pretty good, and quite refreshing. Though the manufacturer borrowed the dash from the new Panamera sedan, which mostly relies on a touchscreen, and that might cause some problems. Porsche kept its usual gauge cluster, as well as an analog tachometer. Of course, the inside is upholstered with the finest leather and wood accents here and there.

Porsche will likely come out with all new details in a few days, but we can’t skip the chance without mentioning some of the most likely engine options. The crossover will probably rely on a turbocharged 3.0-liter V6 developing 330 hp and 331 lb-ft of twist and a more potent twin-turbo 2.9-liter V6, which is capable of delivering up to 440 horsepower and 405 pound-feet of twist. They’ll definitely introduce at least one plug-in hybrid option, but don’t expect a diesel-powered new generation Cayenne anywhere near the U.S. border. 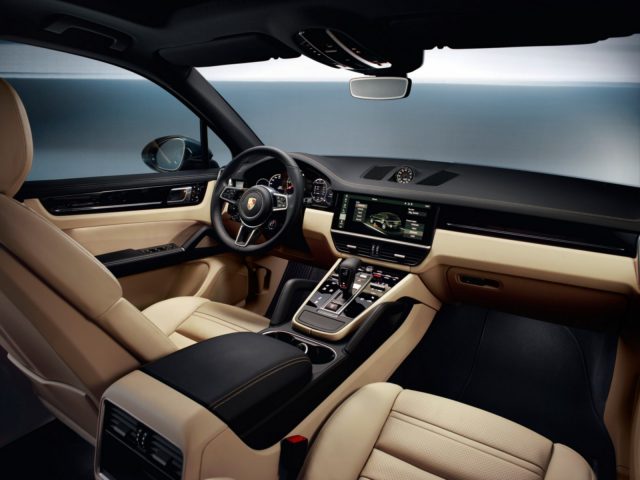 Stay tuned for an update, because we will have all possible details about the 2018 Porsche Cayenne in a few days.