Regardless of the fact that Hyundai had no intention to introduce its all-new full-size SUV before this year’s Los Angeles Auto Show, that happened today anyway. The vehicle which will be sold as the 2020 Hyundai Palisade made unexpected debut thanks to Russian website Auto Review. 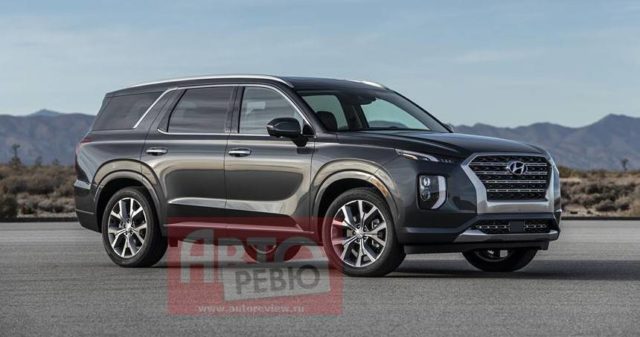 Even though it’s the very first time we see Hyundai’s flagship SUV, we are not surprised by its exterior design at all. Like we said a few days ago, the 2020 Palisade is heavily influenced by the HDC-2 Grandmaster Concept, while some styling cues come from the new Santa Fe as well. The SUV that will offer seats for 8 persons gets pretty much identical headlights as the automaker’s smaller crossover, as well as pretty much the same profile. On the other hand, the grille features a slightly different design, while everything behind the C-pillar looks totally new and more attractive.

According to the Korean carmaker, the cabin will not only provide an 8-seat arrangement, but also plenty of cargo space. Plus, they’ve promised the best possible materials inside, as well as intuitive technologies. On top of everything, the flagship SUV should host intelligent safety features.

Hyundai hasn’t explained its new platform that will underpin the 2020 Palisade, so we can only speculate at the moment. We’ve mentioned already that the architecture is going to support Kia’s Telluride SUV as well. The sibling from sister company will be introduced early next year in Detroit.

Power for the Palisade SUV will come from automaker’s popular 3.3-liter V6. At the moment, the option is capable of delivering 290 horsepower and 252 lb-ft of torque. The mill will come paired with an eight-speed automatic transmission. There’s also a big possibility of seeing Hyundai’s new twin-turbo 3.3.-liter V6 engine, which pumps out 365 horsepower and 376 pound-feet of grunt. Plus, the manufacturer is reportedly reconsidering a hybrid option.

We will definitely find out everything we want to know about the 2020 Hyundai Palisade SUV in a few weeks, so stay tuned for updates from the 2018 Los Angeles Auto Show.