Kia has some pretty big plans for the future. The automaker is working on an all-new three-row crossover SUV which will be named the Telluride. The flagship model will arrive sometime next year, but it’s not going to be everything from the carmaker. No, because they are also making one more crossover, yet a lot smaller than the Telluride. According to Han-Woo Park, the South Korean manufacturer will bring a compact crossover in the United States. 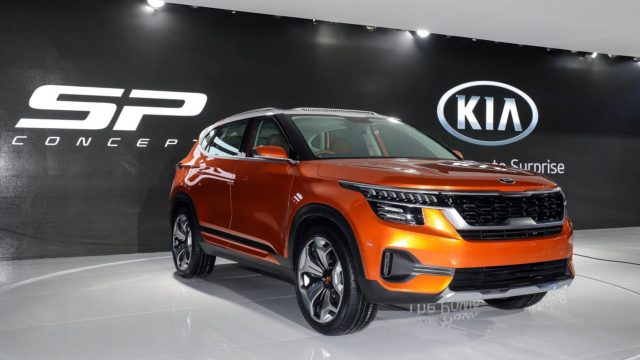 We don’t know the details regarding the unnamed compact SUV. Still, since Kia has a plan to introduce one more compact regardless of the fact that they offer the Sportage already, the new model will definitely differ a lot from everything we’ve seen so far. Unofficially, the future SUV will largely resemble the SP Concept. The concept made debut in India. Back there, the manufacturer was previewing an SUV that’s going to be available just in the world’s second most populous country. Now, however, Kia wants to bring the new compact crossover to the U.S. as well. As we’ve found out, In India the car will most probably be called the Tusker. Still, this doesn’t mean that the automaker plans to use the same nameplate for North America. Some rumors claim that the U.S. model should be named the Kia Trailster.

Kia is reconsidering something else, too. The carmaker will reportedly build a compact pickup truck in the coming years. Of course, Kia truck will have a lot in common with the Hyundai’s Santa Cruz pickup, so you can expect to be built on the same platform as the next Hyundai Tucson.