We are pretty sure that Kia has no intention to introduce the refreshed Mohave SUV to North American public. However, on the other hand we know that the South Korean carmaker plans to expand the offer in the US soil by adding a large and luxurious crossover SUV. No, we already know that the vehicle would be based on the recently introduced Kia Telluride Concept, yet today we founded that the carmaker plans to name it the 2017 Kia Telluride. Moreover, the rumors also say that the production model should look almost identical to the aforementioned concept. 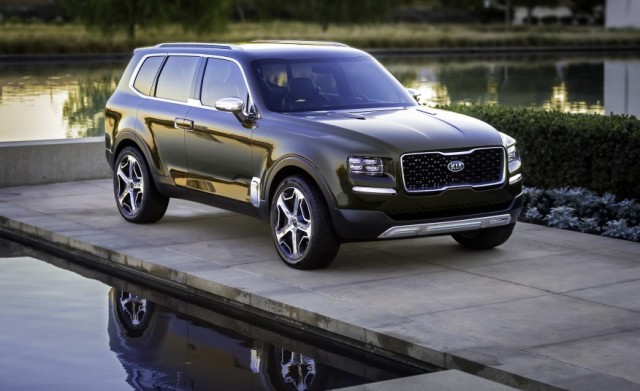 It means the 2017 Kia Telluride will use Sorento’s modified platform, which makes the new SUV significantly larger and roomier from the current Sorento. Compared to the mid-size sibling, the all-new model will have 11.9 inches longer wheelbase, 9.5 inches longer 4.7 inches wider, and 4.4 inches taller body. The exterior design is really bold and particularly well devised in the front, which features something that might make it popular in North America. Namely, the front fascia looks like the SUV is derived from some strong American pickup truck. The oversized grille and bold front bumper is something that US drivers definitely love, while the multiple-LED headlamps make the vehicle even more attractive. Like we said, the 2017 Telluride will keep almost everything from the concept, so except just the same styling, yet just a little bit reduced wheels. 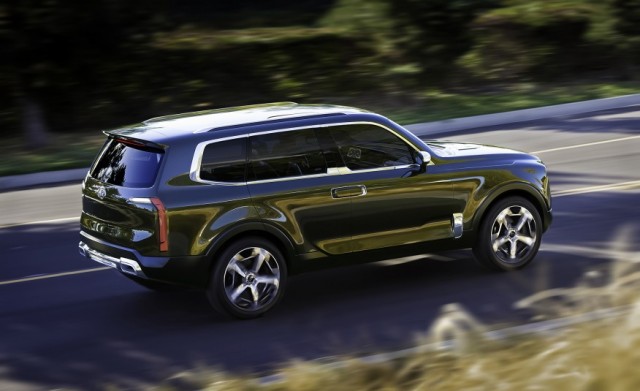 The carmaker will likely offer the concept’s powertrain setup under the hood of the 2017 Kia Telluride, and probably a V6 gasoline option. This plug-in hybrid setup will combine a 3.5-liter direct-injected 270-hp V-6 and an electric motor that delivers 130 hp. Together, the powertrain produces 400 horsepower, which powers all four wheels. Although in a full-size suit, the Kia’s new SUV will achieve pretty respectable fuel economy of around 30 mpg on the highway. 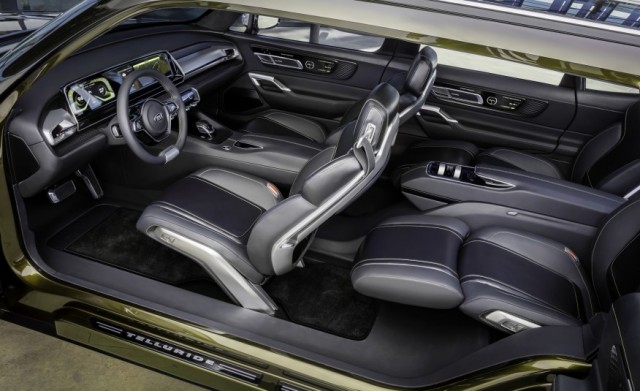