Mini already introduced the redesigned Countryman, so we were a bit surprised with the new testing prototype. However, after we looked closer, we figure out that this is a high-performance model. In contrast to the regular version, the top dog will be introduced early next year as the 2018 Mini John Cooper Works Countryman. 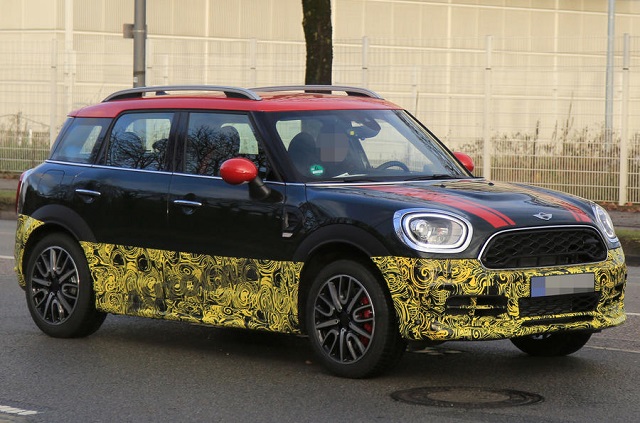 The testing model reveals a number of similar exterior details with the new generation Countryman, but all of them are significantly more aggressive. The redesigned JCW Countryman gets a pronounced bumper with a bit larger air intakes. The grille stays the same, as well as the hood, while the wheels and tires appear to be bigger. Oh yes, as you may see, there are red calipers. In the rear, the high-end Countryman sports just a restyled bumper, maybe different exhaust outlet, and nothing else.

We haven’t seen the interior yet, but the mystery should be resolved in the coming days. In any case, we are pretty sure it will have the best possibly equipment, some special layout, probably two-tone leather upholstery, and definitely sports seats. 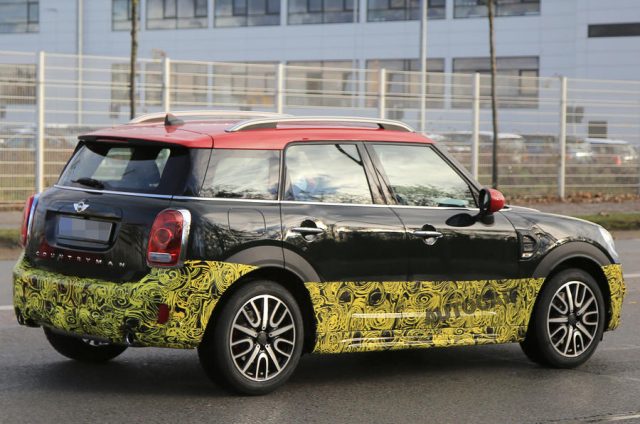 The heart of the 2018 Mini John Cooper Works Countryman will be borrowed from the JCW Hardtop without any doubt. You can expect a turbocharged 2.0-liter inline-4 with 228 horsepower and 236 lb-ft of twist. The power will run all four wheels, but you will be able to choose between six-speed manual and six-speed automatic transmission.

Mini’s high-performance SUV will make its debut early next year, possibly at the 2017 Detroit Motor Show. The price should start from around $36K.

2019 Mini Countryman Coupe-SUV On The Way