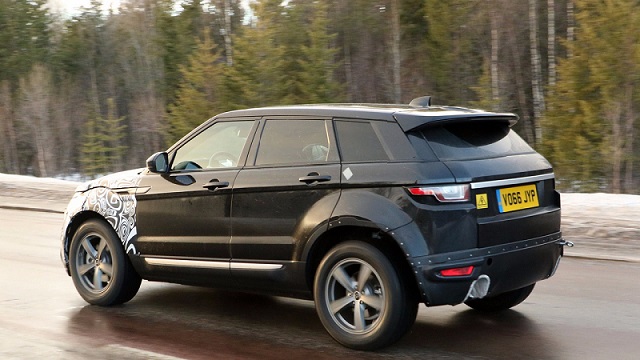 The vehicle you see here is just the testing mule, but it still provides some quite useful information about the 2018 Evoque. As you may notice, the new crossover is getting a redesigned platform. We know that because of the slightly wider rear track and shortened rear overhang. On the other hand, the dimensions and wheelbase appear to be unchanged at this point, and yet a totally new trailing arm suspension system.

Land Rover is preparing some serious cosmetic changes as well. Like we said, this is just the mule, but it still shows what might change. The SUV seems to have a completely new nose with a redesigned grille and a pair of new headlights. Around back, the produced will definitely play with the exhaust outlet design. According to information we have, the pipes will jut out this time. The carmaker might also mess with the ride height of the 2018 Range Rover Evoque. We are not completely sure, but it appears to be that the testing model sports raised wheel arches. 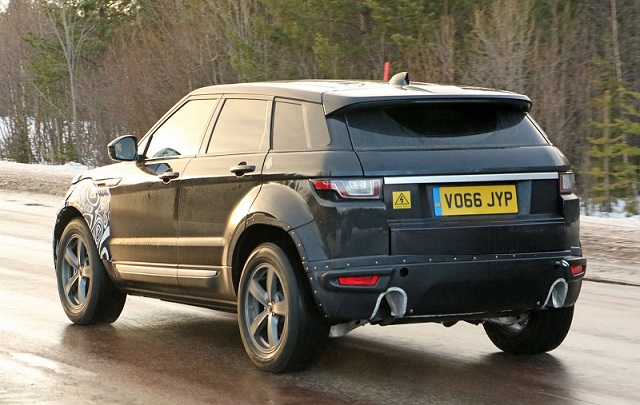 The next generation Evoque will probably feature a new 2.0-liter gasoline engine. It’s pretty much the same option that currently has the XE sedan, so we expect to see a base unit with 200 horsepower and option that provides up to 250 ponies. The manufacturer would also add a new 2.0-liter turbodiesel with 240 hp and 370 lb-ft of torque. Some reports indicate that they might also introduce a mild hybrid drivetrain under the hood of the 2018 Evoque. The system should combine a small three-cylinder diesel engine and a 48V electrical setup.

The new generation model won’t be the only Evoque you will see in the coming months. No, the car manufacturer will also introduce a Range Rover Grand Evoque, which is basically a long-wheelbase variant with seven seats.