Even though most of the reports suggest that the leaked photos represent the next-generation Ford Bronco, this is not the case. Instead, we are most probably looking at the automaker’s still unnamed SUV, which has been commonly called the Ford Baby Bronco. Truth to be told, when we compare the images with an earlier teaser of Ford’s future smaller off-road SUV, we don’t really see any resemblance. Still, this might mean that the production model gets a different design, especially in the front. 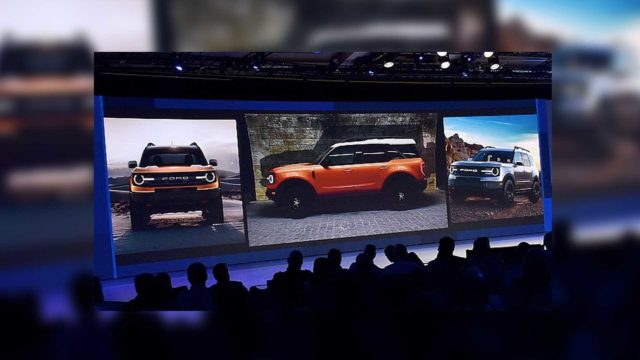 As you can see, the Baby Bronco which will be named either Maverick or Timberland gets an all-new front-end styling which includes full-circle LED headlights. There’s also the squared-off front clip, while the SUV doesn’t look too bulky irrespective of the boxy shape thanks to wraparound windows and painted pillars. These details create an illusion of a “floating roof” design.

The Ford Baby Bronco will reportedly have certain off-road abilities, but it won’t come close to the real Bronco. That’s because the small SUV won’t use pickup truck’s platform as the iconic off-road SUV. Instead, the Maverick/Timberland model gets a Focus-based architecture. Allegedly, the new vehicle will get identical measures as the current Ford Edge. This sounds promising because the footprint should enable more than enough space inside. 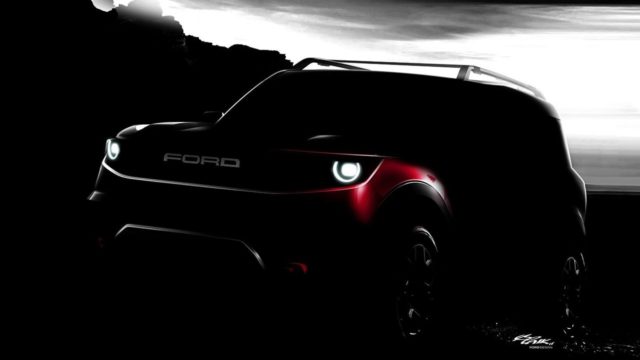 The carmaker doesn’t want to reveal any close details regarding the Ford Baby Bronco, so we have no idea what’s going to power the small off-road SUV. Unofficially, the model will most probably get a 245-hp 2.0-liter EcoBoost, but we would like to see the amazing 2.7-liter V6 as well.

In any case, things will become clearer soon, because Ford intends to introduce the SUV in early 2019 at the Detroit Auto Show.