The increasing popularity of crossovers forced all carmakers to revamp its entire lineup in order to be competitive on the market. However, it seems that some of them are largely late in this battle. For instance, Subaru has a slow-selling Tribeca SUV that must be replaced with something more dynamic and modern. Still, in contrast to their range-topping crossover that seems out of time, the mid-size Forester SUV stands a lot better. Nevertheless, the manufacturer slowly prepares an updated version, which will be introduced sometime in 2016 as the 2017 Subaru Forester. 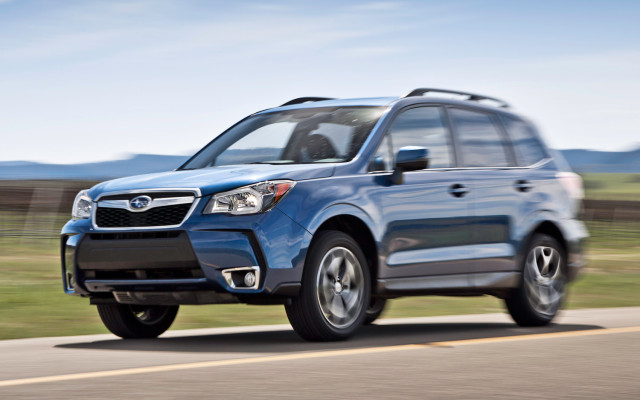 According to the planetsubaru.com, Subaru plans to refresh both, exterior and interior styling of the 2017 Forester. The crossover will probably go for design changes that were introduced with a VIZIV 2 concept, so we can expect a little bit futuristic approach this time. The front end could get a three-slat grille design and narrow headlights, as well as the stylish LED fogs. Bumper styling will be revised in the front and rear end, and the taillights should feature new graphics. As always, Subaru will add couple new exterior colors to the refreshed model, while the cab design should feature new trims and possibly updated instrument cluster. A new generation Eyesight system is ready, so the crossover will definitely get one.

In contrast to the new design, the 2017 Subaru Forester won’t change a lot under the hood. The mid-sized crossover will continue to use the same engines, which should be boosted a bit. A 2.5-liter four cylinder Boxer engine that currently develops 170 horses should get 10 to 20 ponies, while a turbocharged 2.0 engine will carry on with an output of 250 horsepower and 258 lb-ft of torque. The 2017 Forester will be offered with both six-speed manual and continuously variable transmission (CVT). As for the hybrid, don’t expect to see it this time. The carmaker will try to offer it with the next-generation Forester.

The 2017 Subaru Forester will be more handsome, it will get more power and new tech, but it won’t change its starting price, at least not too drastically.