Check out the first spy video of the 2018 BMW X7. The carmaker was testing the full-size SUV on snowy track, and as you can see, it’s dancing like a pro. This particular model appears to use a V8 engine under the hood. We have heard it, and there is no way that it uses anything else but the amazing twin-turbo 4.4-litre V8.

Of course, the V8 will be just one of many options. The 2018 X7 will also have several inline-6 options and probably a plug-in hybrid. The rumors say it could get a V-12, which would be great without any doubt. If this actually happens, we expect it along with the M Performance trim. 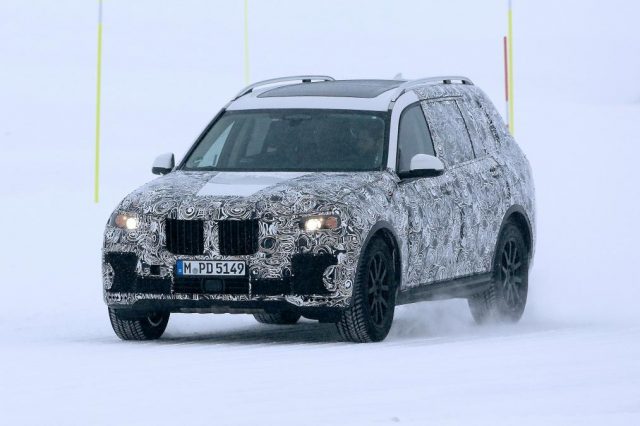 BMW’s biggest high-riding vehicle will ride on a flexible CLAR platform. The architecture will support every single BMW from 3-Series up. Still, there will be some differences in materials. For instance, the 2018 BMW X7 will use plenty of carbon fiber-reinforced plastics, which won’t be the case with the future 3- or 5-Series, at least not by the same percentage. 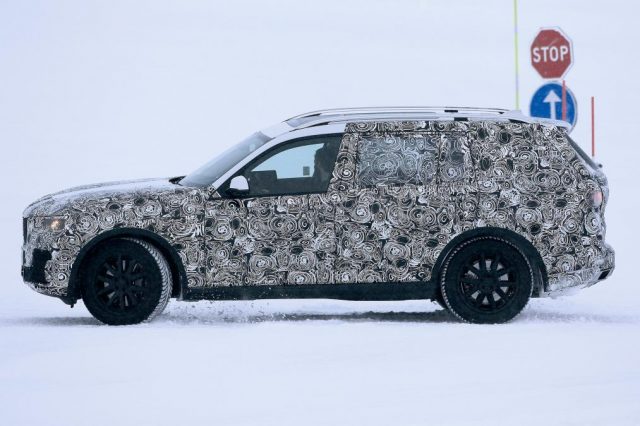 The exterior design is still hidden beneath the camouflage, but it’s pretty obvious that the X7 won’t differ too much from its smaller sibling. Moreover, everything but the front fascia and measures is quite similar to the next generation X5. In the front, the full-sizer sports some specific details like a muscle hood or a totally unique grille. This prototype features a pair of test lights, which will be replaced by something more angular. Right on down, the 2018 BMW X7 will get a massive bumper with a large air intake. 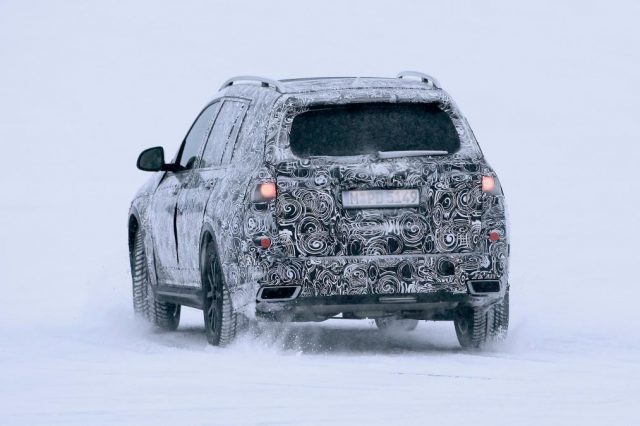 The first generation BMW X7 will steal the interior design from the 7-Series sedan. Of course, the SUV will get three rows of seating, but the cockpit will be borrowed from the sedan. The carmaker won’t miss the chance to offer everything it has, so you can expect the latest infotainment and entertainment systems, and as well as plenty of safety features.

The manufacturer decided to produce the SUV on the US ground. More precisely, it will be built at BMW’s plant in Spartanburg, South Carolina.