Land Rover is getting one more plug-in hybrid vehicle. Yes, the British car manufacturer is currently working on the 2018 Range Rover Sport Plug-In Hybrid that’s going to be finished until the end of this year. The hybrid SUV will largely differ from the regular model. And no, we are not talking about the different powertrain. Land Rover’s new high-riding vehicle will also receive some exterior tweaks as well. 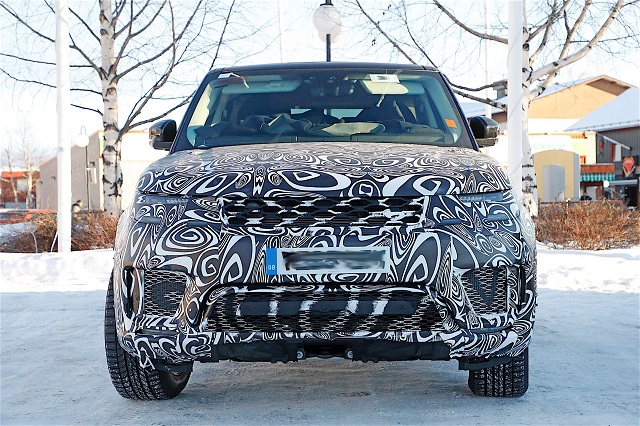 We managed to catch a testing model that appears to be the 2018 Range Rover Sport Plug-In Hybrid while it was testing its resistance to Swedish cold weather. The SUV seems to feature a completely new front end with a redesigned bumper and new headlights. It also sports a new rear bumper and different taillights in the back. We can’t say that we haven’t seen the interior, but since it was totally wrapped, we were not able to see what’s changed. Still, since they are hiding the cab, there must be something new.

The most important part of the 2018 Range Rover Sport Plug-In Hybrid is under the hood. If the information we have turns out to be correct, then the new SUV uses a setup that combines around 300 horsepower strong Ingenium four-cylinder 2.0-liter gasoline engine and an electric motor, which will be paired with an eight-speed automatic transmission. This electric motor will reportedly deliver 201 horsepower and 332 pound-feet of torque and will enable the electric driving range of around 30 miles. Of course, the hybrid SUV will get a battery that will be placed underneath the trunk floor. 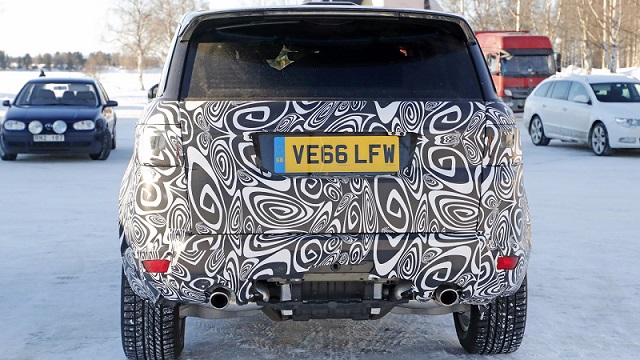 You are maybe disappointed with electric drive range, but this isn’t bad result at all. The Range Rover Sport isn’t some lightweight car, but the real SUV with heavy bones. And what’s more important, the carmaker will probably try to add even bigger battery in the near future, so the 2018 Range Rover Sport Plug-In Hybrid could become very efficient.