Ford’s new-generation Explorer can’t be far away from its official debut. We know that because a testing prototype of the redesigned SUV has been spied again and the new spy shots are the most revealing so far. As you can see, they show model’s new face in total, as well as the overall shape of the 2020 Ford Explorer. 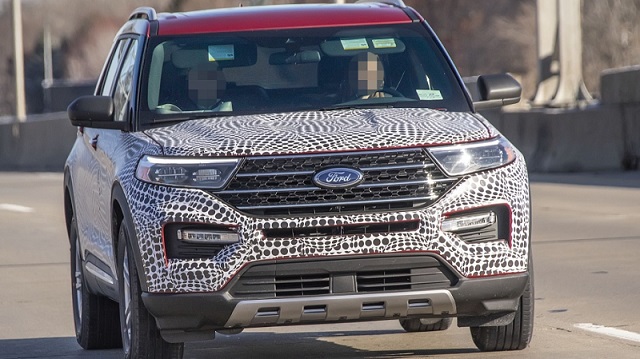 Our first impression isn’t great. There’s nothing wrong with the shape of the new-gen Explorer; it still looks blocky and even more prominent, while it also gets a few additional inches in length. On the other hand, there’s too much plastic involved, especially in the front. As you can notice, the material has been used for the grille and bumpers, as well as for wheel-arches cladding. The mesh grille is also coupled with some chrome, though. More precisely, there is a pair of chromed slats. The big news is a bit lower rooflines and a lot of different C-pillars which make the new Explorer notably more aggressive.

Under the skin, however, the 2020 Explorer hosts more lightweight materials. Yes, the automaker is using a lot more aluminum in order to cut weight and thus improve fuel economy.

The three-row SUV will ride on a new platform. This so-called D6 architecture made debut with Lincoln’s Aviator. It’s basically a rear-wheel-drive based chassis, yet with the ability to provide the all-wheel-drive setup. 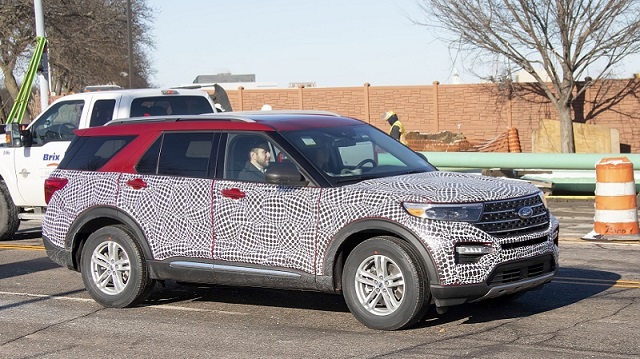 The new platform is compatible with an array of engines and the carmaker will really offer a number of options. The entry-level 2020 Ford Explorer will be paired with Mustang’s 2.3-liter turbocharged inline-4 mill. The slightly more potent SUV will use a naturally aspirated 3.3-liter V6, while we also expect the same engine to be a part of an electrified powertrain of the 2020 Explorer Hybrid. As we’ve announced earlier, Blue Oval is going to replace the Explorer Sport with the Explorer ST model. The new high-performance SUV will use a 3.0-liter twin-turbo V6 that’s going to deliver 400 horsepower.

Since it’s going to be larger from its predecessor, the next-generation Ford Explorer is definitely getting more space inside. The extra room will mostly be used in order to increase legroom for the third row of seats. We haven’t seen the cabin so far, so we still have no the overall picture of what else is going to happen inside. However, we are pretty sure that the SUV is getting automaker’s latest tech and features. 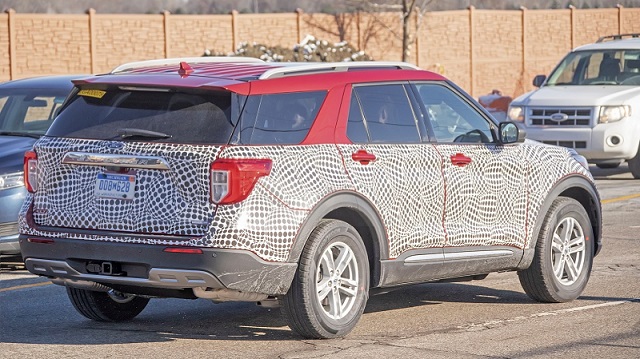 Like we’ve mentioned earlier, the redesigned 2020 Ford Explorer is losing camouflage fast, which means that the date of its introduction can’t be too far. Ford hasn’t confirmed the date so far, but we bet on the 2019 Detroit Auto Show.