Porsche merges some of the last pieces of the puzzle, so the next generation Cayenne should be introduced pretty soon. Even though most of the latest reports suggest that the vehicle won’t be ready before early 2018, we are a hundred percent sure that the 2018 Porsche Cayenne won’t miss this year’s Frankfurt motor show, which starts in September. On the hand, the U.S. model will make its official debut shortly after, most likely at the 2017 Los Angeles auto show in December. 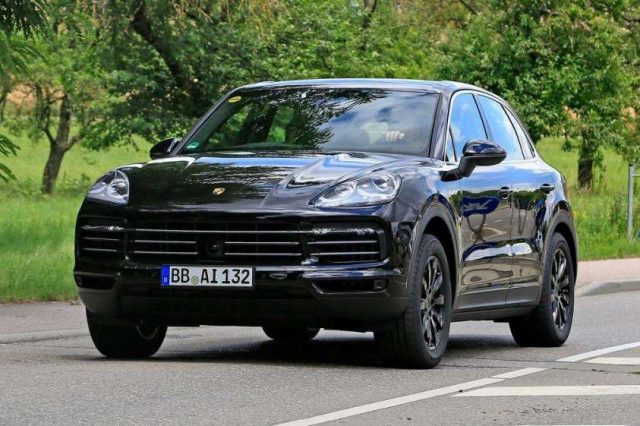 As you may notice, the latest prototype shows something we haven’t seen earlier. Yes, there is an all-new and pretty huge grille. Although there are no daytime running lights available here, we are pretty sure that the production model won’t stay without those. However, the most notable difference between the current and future Cayenne are rooflines. The 2018 Cayenne features significantly longer and flatter roof, which makes the overall appearance sleeker. The rear hatch is still hidden, but we managed to see a pair, or better to say a single taillight. More precisely, the luxurious SUV will get full-width taillights. 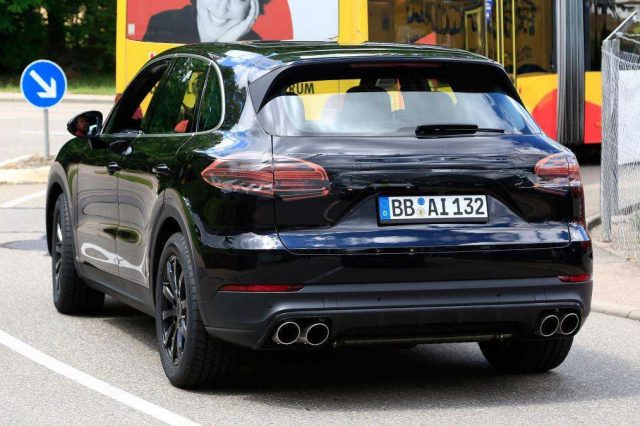 Under the skin, the 2018 Porsche Cayenne sports a new platform. It is so-called MLB architecture, which also supports Audi’s Q7 and Q5, Lamborghini’s gorgeous Urus, and the amazing Bentley Bentayga. Plus, it will underpin the next VW Touareg. The platform will improve the rigidity of the next generation Cayenne by a perfect combination of a combination of high-strength steel, aluminum, and even carbon fiber. As these are lightweight materials, the SUV will also lose some important weights, and the first reports indicate that there will be at least 220 pounds less than now.

The German carmaker hasn’t said anything official regarding the engines of the upcoming SUV. However, we think that the 2018 Porsche Cayenne is getting the same options as the recently introduced Panamera sedan. The amazing 2.9-liter biturbo will come in several “flavors”, yet the topper will be able to deliver 434 horsepower. In case you need more power, there will be the Turbo model available. According to information we have, the 4.0-liter biturbo V8 will produce 542 hp. That’s not all. No, the manufacturer will offer some hybrids as well, but we have nothing official on this matter. Still, in case the SUV gets the same treatment as the Panamera Turbo S E-Hybrid, you can expect around 680 hp from the gas-electric powertrain.