Skoda’s Yeti SUV is slowly changing its “Yeti” look with something more “appropriate” for the current fashion trends. Yes, the carmaker is working on the new generation model, which will lose its distinctive bodywork, and receive so to say Tiguan’s styling. Well, it won’t be completely like the VW’s popular crossover, but there will be lots of similarities, which is quite noticeable on the spy shots we have. The prototype of what we believe it is the 2018 Skoda Yeti is spotted while it was testing its new body, and here’s what we think: 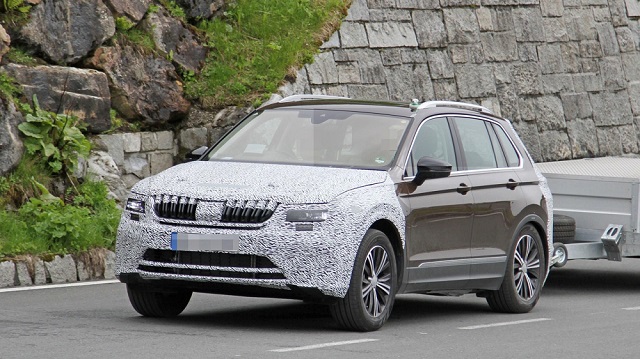 By looking at the shots, we can conclude only one thin. The carmaker plans to additionally cut its costs by using the same chassis for a big number of models. Moreover, like we already said, the exterior design is largely similar to the new Tiguan, and except of Skoda’s distinctive grille and a couple of tweaks borrowed from the Vision S Concept, the 2018 Yeti SUV is all Tiguan. Still, this new styling inspiration isn’t bad at all. The compact crossover will receive more dynamic and sleeker lines with an aggressive front end and more raked hatch. As for the details, look for the Kodiaq’s cues, so the grille might be wider, headlight will get LED treatment, and the taillights should split as the tailgate is opened. 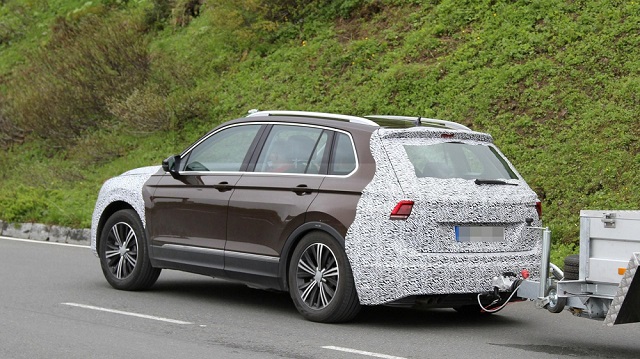 A Plug-In Under The Hood

The second generation Skoda Yeti will likely use the current engine options, which might be boosted a little bit. However, in addition of the TSI and TDI units, the compact SUV will also offer a plug-in hybrid powertrain that will pair a 1.4-liter engine and an electric motor. The setup is speculated to deliver an amazing fuel economy of over 150mpg.

There is nothing official regarding the release and price of the interesting five seats SUV. However, the first estimates indicate the starting price under €20,000, which are really good news.

2020 Skoda Kodiaq Is Getting A Mid-Cycle Update